The Stelios Philanthropic Foundation is organized under the UK legal form of a company “limited by guarantee” which in effect is owned by its members.

The six trustees and ten associate members, when combined, are the 16 members that “own” the Foundation.

Ms Orla Murphy is the partner of Sir Stelios Haji-Ioannou. They live in Monaco where their daughter Aria Haji-Ioannou was born on the 29th of May , 2018. Ms Murphy was born in Ireland, obtained a Bachelor degree in equine sciences from Limerick University and moved to Monaco in 2008, where she worked as a sales executive for interior design firm Boutsen Design specialising, in yachts and private aviation.

Tracy is currently the UK Charity Projects Co-ordinator for the Stelios Philanthropic Foundation. Following nearly a decade working in the not-for-profit sector, in many administrative and management roles for a touring theatre company, she joined Sir Stelios and his team at easyGroup in 2000. For the last 15 years she has worked for the Foundation managing all its UK activities. Tracy is delighted to have been awarded the role of Associate Member.

Alan’s professional career has been in the Maritime and Shipping Industry. He is retired CEO of Braemar Shipping Group PLC and currently Non Exec Chairman and Trustee of IFAN Maritime – a UK Charity. Trustee and Council member – MSSC Sea Cadets and a Council member of RNLI. Alan has known Stelios since the mid 70’s when he worked with his late father Loucas Haji-Ioannou, owner of Troodos Shipping.

Ken was born in Cyprus, educated in England, and after working in various overseas posts spent the majority of his career in London as a Director of a merchant bank. He now lives in Monaco where he delivers tax solutions on super yachts. Ken is also the Treasurer and a Board member of the Gustavia Yacht Club. 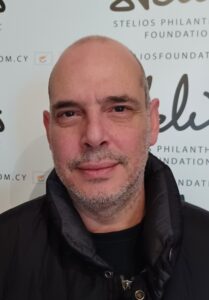 Marios was born in November 1966 in Limassol, Cyprus. He graduated from Richmond, the American International University in London in 1989 with the degree of Bachelor of Arts in Business Administration and Economics. After his studies, he joined the family business and in 2003 he became the franchisee of easyInternetcafé in Cyprus. As from 2019 he is a Director of easyGroup Europe Ltd. In 2009 he joined the Stelios Philanthropic Foundation to coordinate the charity work in Cyprus. 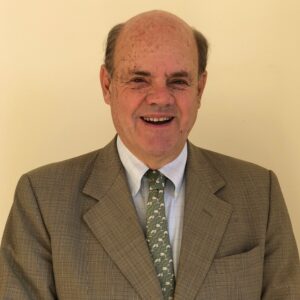 Hugo Modderman was born and educated in the Netherlands before taking a masters degree in Switzerland. He has had an extensive career in investment banking for a number of leading players before setting up his own maritime finance house, Dolfinance in Rotterdam in 1988 and moved to Monaco in 1997. The company specialises in funding solutions for ferry and cruise ship operators. Hugo financed his first cruise ship (the “Bon Vivant”) for Chandris Lines in 1976 and has focused on the cruise market ever since, with an emphasis on the luxury end of the market. He is involved with almost all expedition cruise companies and some of the ultra-luxury cruise companies as an advisor and/or financier and founded the annual Marine Money Yacht Finance conference in Monaco. 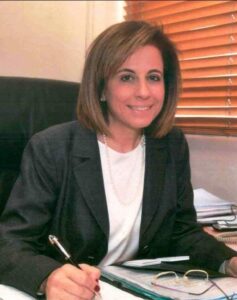 Mrs Rouvitha Panou has extensive and diverse experience in financial services and the wider business sector. She holds a BSc Economics degree from The London School of Economics (Metcalfe Scholar), an MPhil Economics degree from the University of Cambridge and a Master of Science in Management degree from the Massachusetts Institute of Technology (Fulbright Scholar). From 1984 until 1991 she held executive positions in management and financial services consulting based in Boston, USA. She then worked at Laiki Group (with HSBC being the largest shareholder) until 2006 where she held, among others, the positions of Group General Manager (International & Treasury) and Managing Director Laiki Bank Hellas, serving in parallel as a Member of the Board of Directors of Laiki in Cyprus, Greece and Australia. She was appointed Chairperson of The Cyprus Development Bank in 2008 and also chaired its Russian banking subsidiary. She served as an Independent Non-Executive Director of the Boards of Vassiliko Cement Works Public Company and Alpha Bank in Cyprus, Alpha Bank in Romania and Alpha Leasing in Greece. In 2016 she was appointed Chairperson of the Cyprus Telecommunications Authority (CYTA), a position to which she was reappointed for a second tenure until 2021. She also chaired the Pensions & Grants Fund of the Personnel of Cyta and was a Board Member of the Cyprus Employers’ and Industrialists’ Federation. Currently she is an Independent Non-Executive Director of the Boards of Eurobank S.A. and Eurobank Holdings in Greece and a Member of the Advisory Council of the School of Economics and Management of the University of Cyprus. 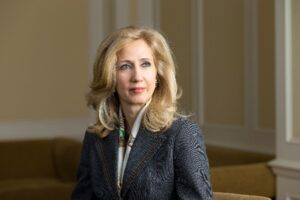 Lora has been with Coutts & Co, a Private Bank, in London for the last 15 years. She is currently a Client Director in the UHNW team of the International and Family Office division, where she manages the complex and multi-faceted wealth requirements of International families.  Previously, she worked at Cedar Partners a multi-strategy hedge fund, the Private Bank & Trust Co (the precursor to EFG Bank) and Julius Baer Private Bank in London. She started her career as a broker at the correspondents of Shearson, Lehman/ American Express, in Athens. She received her Master’s degree in International Finance and Banking from Columbia University’s School of International and Public Affairs, in New York.  Lora is currently a Trustee of the Hellenic College Trust, a registered charity aiming to support endeavours that promote and foster Greek culture, history and language. Lora previously served as a member of the Board of Governors, Executive and Finance Committee Member and Chair of Marketing at the Hellenic College of London, a bi-lingual and bi-cultural independent school. She was also a Mentor with Arrival Education, an organisation supporting underachieving, ethnically-diverse pupils from disadvantaged backgrounds within a structured leadership programme. Her mentee has gone from under-achieving in school to working for a global bank.  Lora is Greek by nationality, but born, raised and educated abroad.

The Stelios Philanthropic Foundation’s mission is to support a diverse range of charitable activities, primarily in places where the founder has lived and worked – the UK, Greece, Cyprus and Monaco.